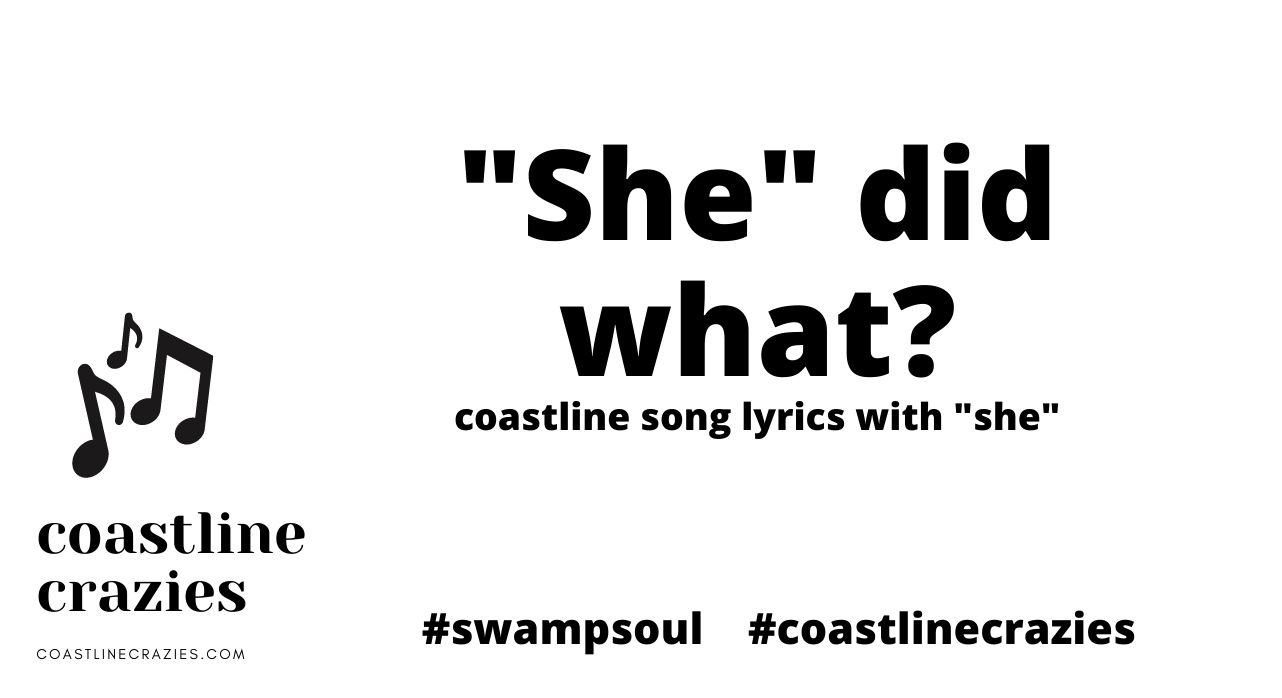 What did “She” do in Jim Quick and Coastline song lyrics?  List lines of songs recorded by Jim Quick, Coastline, Coastline Band, or King Tyrone that have the word She somewhere in the song. “She” doesn’t have to  be in the title of the song.  There are a bunch of examples where Jim sings about She.  Sometimes Jim says “She” did more than one thing in the same song.

She’s the Same Kind of Crazy as Me.

Update: “She Poured it on” is the one that comes to mind for most people. “She” does a lot in that song alone.

She said, “Man, that’s the same old thing I’ve heard before. And I’m too tired to go for your show”

2 thoughts on “Coastline Song Lyrics with “She””